Testosterone plays a vital role in the male body, most notably the reproductive system. It’s the primary hormone responsible for the development of the male sex organs prior to birth and the changes boys normally go through during puberty.

Aside from these, it affects other vital bodily functions such as the production of sperm and red blood cells, fat distribution, and muscle strength and mass.

Like other hormones, the body’s production of testosterone hits a point where it decreases—generally after the age of 30. It then becomes a challenge figuring out if testosterone levels are simply just low (often referred to as low T) or if it’s hypogonadism.

Whichever it is of the two, the production of less testosterone can be felt in many ways. Harvard Medical School identifies symptoms such as disturbed sleep, difficulty concentrating, increased body fat, and lower sex drive. Enter testosterone replacement therapy, a new development marketed towards solving concerns rooted from low T like sleeplessness and low libidos.

While this undoubtedly makes therapy an appealing alternative, it’s essential to take a step back and recognize what you’re getting into first. There’s a considerable number of factors that need to be looked into before jumping to the conclusion that you’re low in T and therefore need the therapy.

When you hit the age of 30, or when testosterone production is expected to drop, you don’t need to panic and sprint for testosterone replacement therapy just yet. You can always assess the situation with better knowledge of what’s going on. Being low on T comes with a couple of changes, which may not always be a great experience.

Of course, experiencing just one or two of these symptoms may not be enough. According to American Family Physician, testosterone levels decrease every year by 1–2%. A thorough evaluation is the best way to properly acknowledge whether you genuinely have low T. An average testosterone level is between 300 and 1,000 ng/dL.

Urologist at Harvard-affiliated Brigham and Women’s Hospital, Dr. Michael O’Leary, expounds on these symptoms: “General fatigue and malaise are pretty far down my list, but if they have significant symptoms, they’ll need to have a lab test. In most men, the testosterone level is normal.”

When to Consider Testosterone Replacement Therapy

Director of Men’s Health Boston and Associate Professor of Surgery at Harvard Medical School, Dr. Abraham Morgentaler, shares that there are two ways to see if you have low testosterone. You can run a testosterone level test, which is a simple blood test, or identify it using the list of symptoms. Checking with an endocrinologist or physician would suffice to evaluate your testosterone levels.

It’s also possible that there’s more to the combined symptoms of low T. It could be hypogonadism, which is a more extreme case of low T, sharing mostly the same signs as low testosterone, with a dip in your mood, sexual dysfunction, muscle mass and strength, and so on.

Some other factors to watch out for in this case are thinning body hair, significant loss of muscle, weaker bones (osteoporosis), mood swings, and hot flashes. A physical exam and a series of hormone tests usually come along with the diagnosis of hypogonadism. There are two types of hypogonadism:

According to Harvard Medical School, an estimated 2 to 6 million men are affected by hypogonadism, with only 5% of them being addressed and treated with testosterone replacement therapy. This makes it even more imperative that you get a proper evaluation of your testosterone levels.

There are a number of ways to go about testosterone replacement therapy. Some of these supplements used to take testosterone therapy are:

Those who have undergone testosterone replacement therapy have reportedly felt several changes in their body within 4–6 weeks of treatment. It’s estimated, however, that it should take up to 6 months to take full effect. Below are some common benefits you can experience.

American Family Physician addresses the results of testosterone replacement therapy, referencing extensive studies. The Institute of Medicine found no detrimental side effects on TRT for hypogonadal men, deeming it safe for treatment.

Unfortunately, because there aren’t enough long-term studies conducted to back the safety claim for healthy adult men, it’s not recommended for them to undergo the procedure until more research is produced.

The Risks of Testosterone Replacement Therapy

Because there aren’t many studies concerning long-term testosterone replacement therapy, there’s still much speculation about exactly what its risks or side effects are. Until long-term studies on the treatment are conducted, items on the list of side effects are debatable.

One of the more extreme side effects of therapy in the discussion includes the risk of prostate cancer. Ongoing research suggests that there’s a great probability of acquiring the disease, while another study suggests that the risk is actually lower with therapy.

Side effects of Testosterone Replacement Therapy

The best way to decide on whether you should take testosterone replacement therapy is to go through some precautionary steps. These can help you finalize what course of action to make with the right information at hand.

Given the list of symptoms for low T, it’s important to take a look at your situation from a more neutral perspective.

If you’re currently experiencing some of the listed changes in your body, think about the factors that may be affecting them and whether they can be attributed to testosterone. Could they simply be caused by other forces such as lifestyle habits and communication in your relationship?

Self-diagnosis isn’t necessarily wrong, but of course, a thorough assessment of your testosterone level is best done by doctors. They may check your medical history to get a better idea of your background. They may also recommend a series of lab tests to check on your hormones, and physical examinations will be able to help better accurately identify the possibility of having low T or hypogonadism.

Get a second pair of eyes on your status. Both physicians and endocrinologists will be able to help in reading your testosterone levels. It may be quite a bit of a team effort, but it’s much better to be sure of your condition than sorry. Regular check-ins with your doctor for monitoring is also a good practice.

Consider the side effects

There are a lot of side effects to be wary. Go through the list of options for testosterone therapy with your doctor and discuss which one may be the best solution for you. Familiarize yourself with the symptoms and side effects that may occur so you’ll be able to stay on top of your health.

Before taking testosterone replacement therapy, consider it as more than just as a hormonal supplement that enhances your physique and boosts your libido. It’s made to bring balance to the body’s normal physical, mental, and sexual processes for better everyday function.

While it may appear tempting for non-medical use, testosterone therapy isn’t recommended for healthy adults with the uncertainty and lack of further study on its potential side effects. Remember to keep your health and safety as a priority.

Get the latest posts delivered right to your inbox 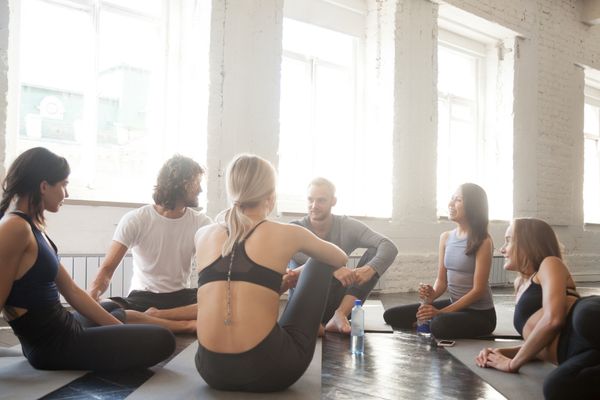 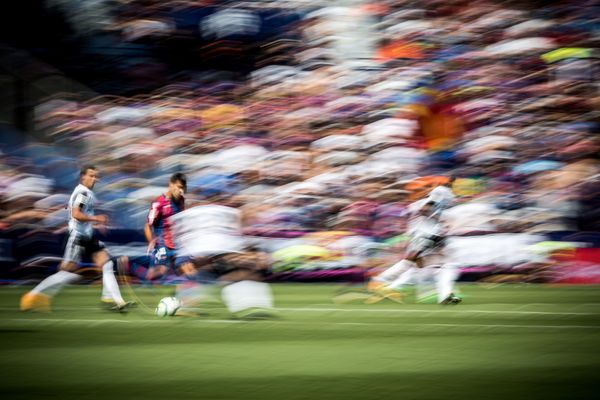 You are in the gym working out and suddenly you can’t see anything for a few seconds. Is this pretty common? No, it isn’t, but it can happen

Stay up to date! Get all the latest & greatest posts delivered straight to your inbox

Gymventures.com is not associated, authorized by, endorsed by, or in any way connected to the brands and companies mentioned on this website. All trademarks, copyrights, and other rights are the property of their respective owners.